It is easy to get lost in the hustle and bustle of trying to find that perfect fall recipe but don’t fret, we are here with a simple yet delicious pumpkin cinnamon roll recipe just for you. Learn how these ingredients can be whipped up into an autumnal delight worth savoring.

These vegan pumpkin cinnamon rolls are easy to make and taste like the real deal. They’re perfect for fall, but they can also be made anytime of year! 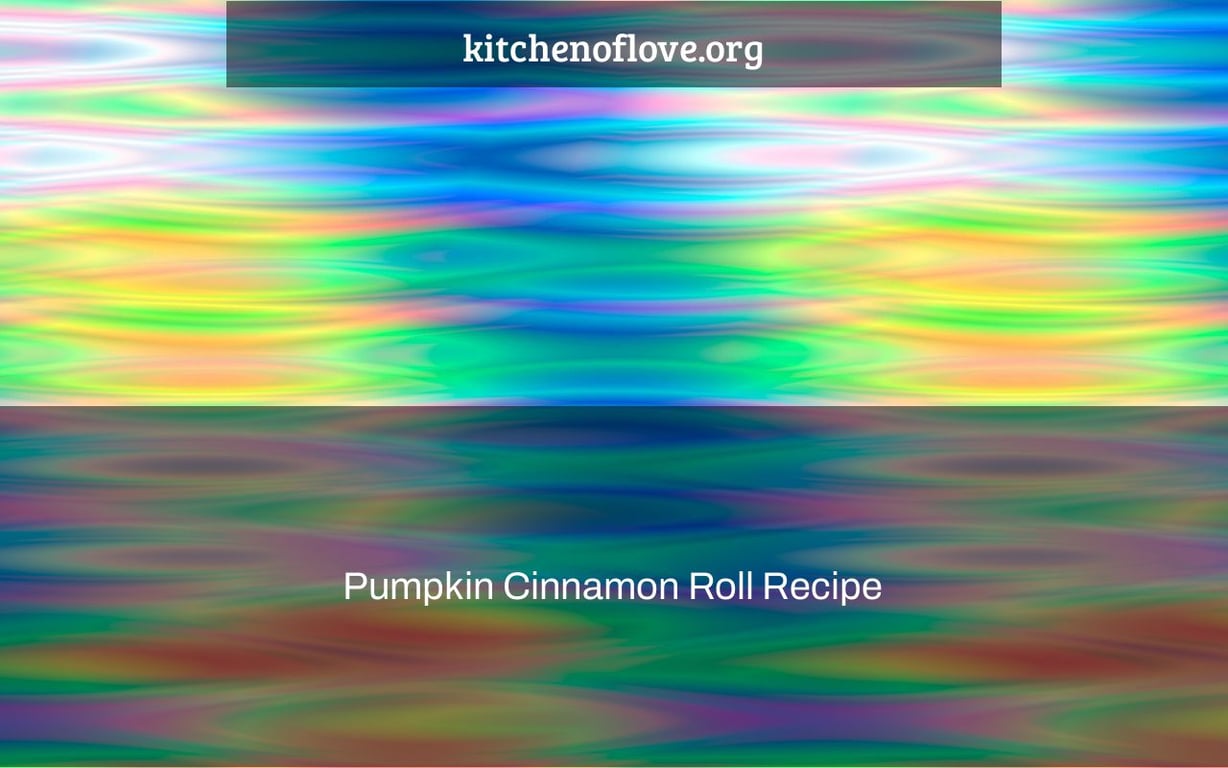 Prepare to fall in love with the greatest pumpkin cinnamon buns you’ll ever taste if you like conventional cinnamon rolls. This easy dish is wonderful for autumn since it’s warm, comforting, and full of pumpkin flavor with cinnamon spice.

Pumpkin cinnamon buns have a soft, pillowy texture and a beautifully aromatic spiced pumpkin taste that’s perfect with a cup of tea or coffee on a cool autumn morning. Make these scrumptious pumpkin cinnamon buns as a warm, tasty treat to share with friends and family during the autumn and winter seasons. 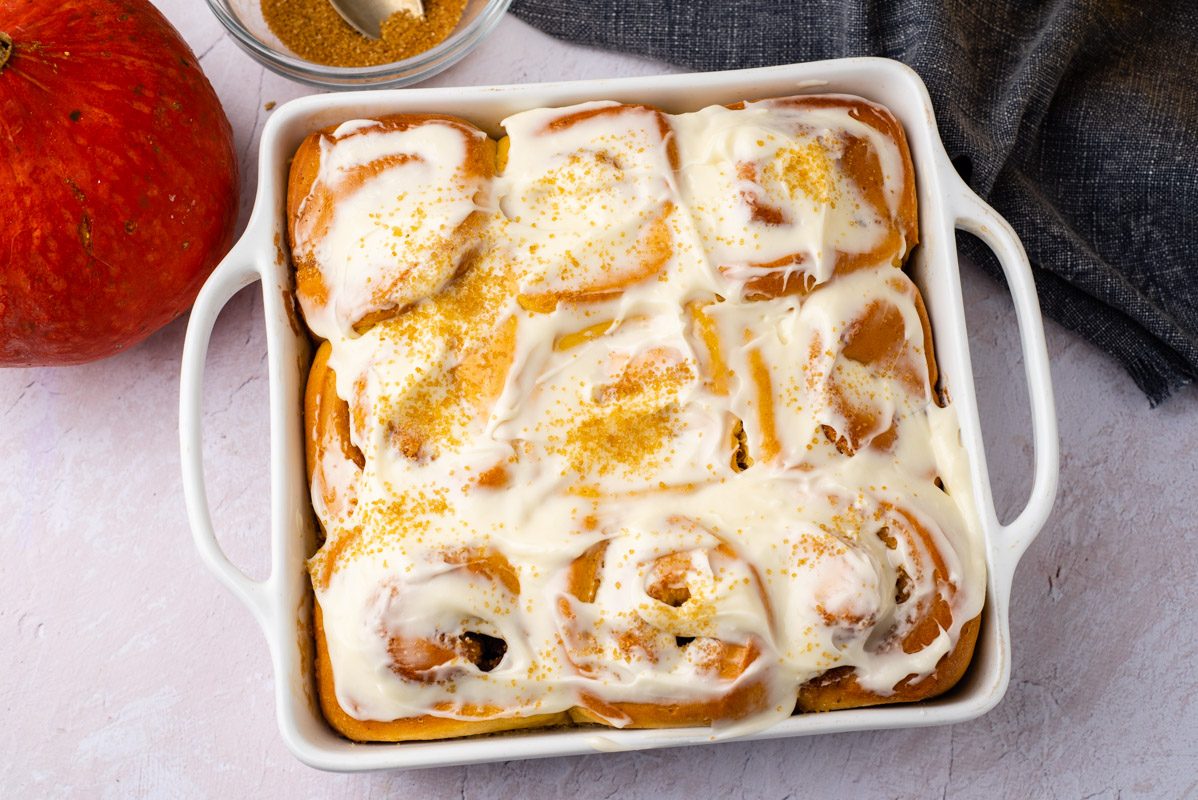 The following components are required: flour, brown sugar, egg, butter, yeast, and milk. Fresh or dried active yeast may be used, however most people prefer to use dry active yeast since it is more convenient. If you don’t have a scale, level off the flour with a knife to prevent adding too much to the dough — too much flour will result in a thick dough rather than a light and airy one.

Cream cheese, powdered sugar, butter, and a little maple syrup for flavoring go into the frosting.

Pumpkin Cinnamon Rolls: How to Make Them

Pumpkin cinnamon buns are quite simple to prepare. Even if you’ve never baked these delectable sweets before, you should have no trouble putting together a batch. To begin, in the bowl of a stand mixer, add the warm milk, sugar, and yeast. Allow 10 minutes for the mixture to rest. It should bubble up, which indicates that the yeast has active.

Add the wet ingredients first, followed by the dry ingredients. Stir constantly until a dough forms. Knead the dough on a low setting until it is smooth. Place it in a greased bowl, cover it with a moist paper towel, and set it aside in a warm place until it doubles in size. Turn the dough out onto a big piece of parchment paper and roll it out into a rectangle.

Spread the butter evenly over the dough, leaving a border around the edge, and then sprinkle the cinnamon sugar on top. Roll the dough firmly before slicing it into 1-inch slices. Place the rolls in a greased baking tray and set aside for 30 minutes to rise.

Preheat the oven to 350°F and bake the rolls for 20 to 25 minutes. Allow them to cool somewhat before frosting them after they’ve come out of the oven. Cream together cream cheese, butter, sugar, maple syrup, and salt while the rolls are cooling. Spread the icing on top of the buns and serve. 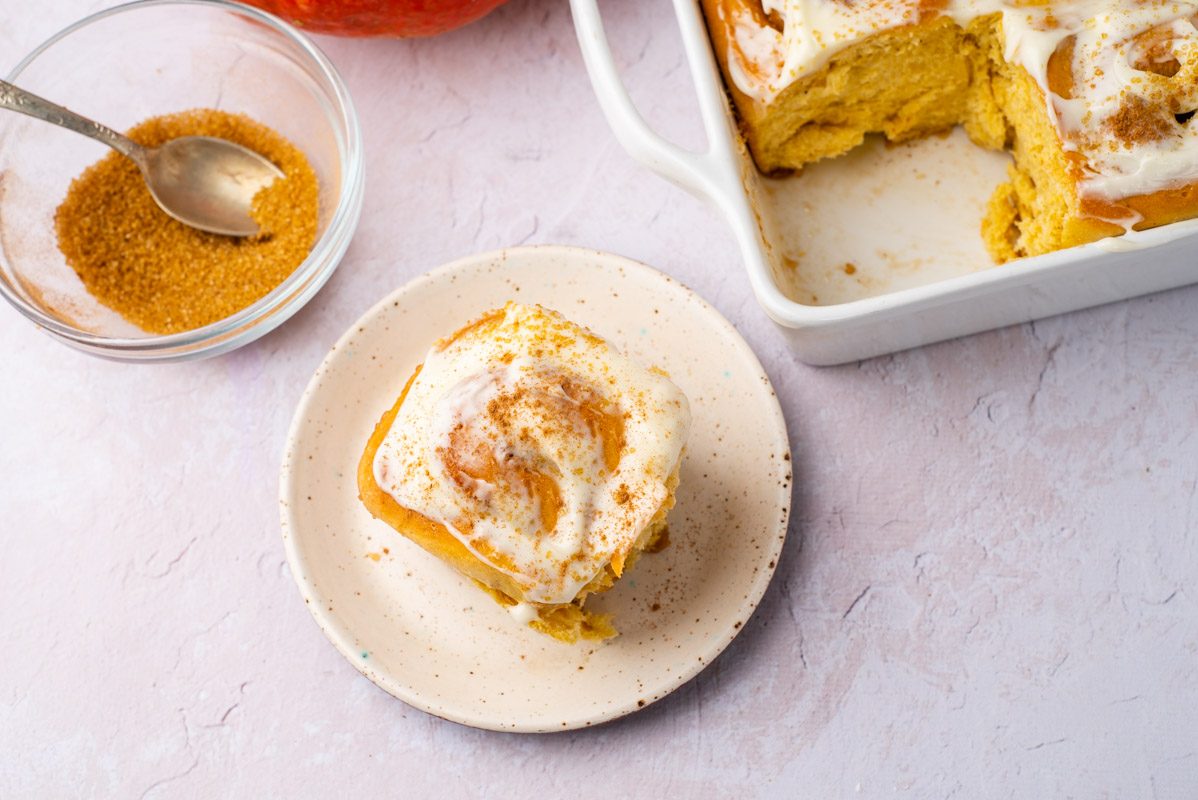 There are a few different pumpkin cinnamon bun versions to try. To add texture and taste to the dough, mix in some dried fruit, chopped almonds, or dry coconut.

Try adding chocolate chips or a spoonful or two of your favorite nut butter to the dough for a sweeter pumpkin cinnamon bun.

Instead of maple syrup, you may experiment with other flavorings in the icing, such as honey, agave nectar, or flavored extracts.

You may top your pumpkin cinnamon buns with a variety of delicious toppings. Toasted or candied nuts like pecans, walnuts, or almonds, as well as semi-sweet chocolate chips or cacao nibs if you want a healthy choice, are always tasty.

Substitute 3 to 4 tablespoons additional pumpkin puree for the eggs in vegan pumpkin cinnamon rolls. If you want, applesauce or a flax egg may be substituted. Non-dairy alternatives to dairy products include plant-based milk, margarine or oil, and vegan cream cheese.

Warm the milk to around 110 degrees Fahrenheit. This will guarantee that the yeast becomes active.

Use components that are at room temperature. They’ll mix in better.

Use less sugar, whole wheat flour instead of ordinary flour, and coconut oil instead of butter to create healthier versions of these pumpkin cinnamon rolls. 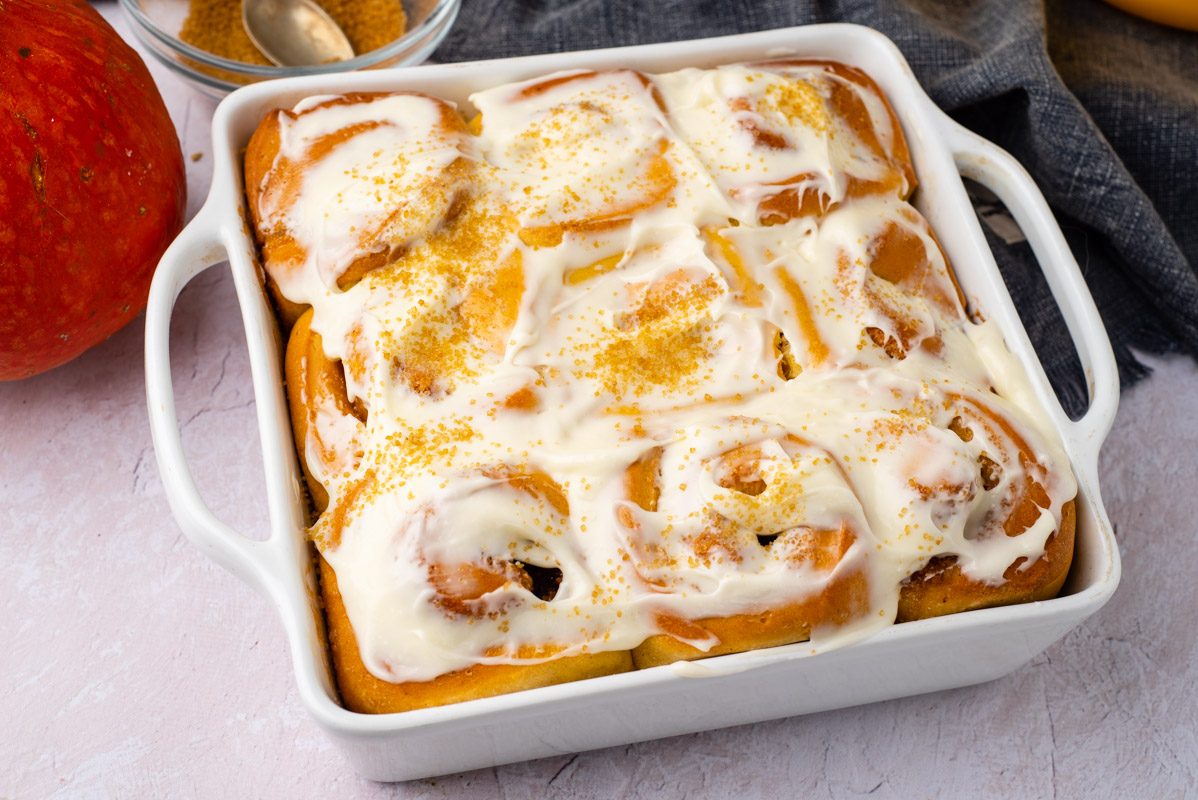 Overnight pumpkin cinnamon buns are simple to prepare. Cover and refrigerate the rolls after they’ve been put in the baking dish.

Take them out the following day and let them rest at room temperature for approximately half an hour before baking as directed in the recipe.

Pumpkin Cinnamon Rolls: How to Store Them

Maintain the freshness of your pumpkin cinnamon buns by storing them in an airtight container. They’ll last up to two days at room temperature and one week in the refrigerator.

Can Pumpkin Cinnamon Rolls Be Freezed?

Pumpkin cinnamon rolls may be frozen either before or after baking. After slicing the rolls, store them in an airtight container for up to 2 months in the freezer. When you’re ready to bake them, defrost them for 30 minutes to an hour before baking them as indicated.

If you wish to freeze your pumpkin cinnamon rolls after they’ve been cooked, let them cool completely before wrapping them in plastic wrap and storing them in the freezer for up to 3 months. Thaw them at room temperature before reheating them at 350°F for 10 to 15 minutes.

Frost them after they’ve been reheated, but not before they’ve been frozen. Frostings made with cream cheese do not freeze well. 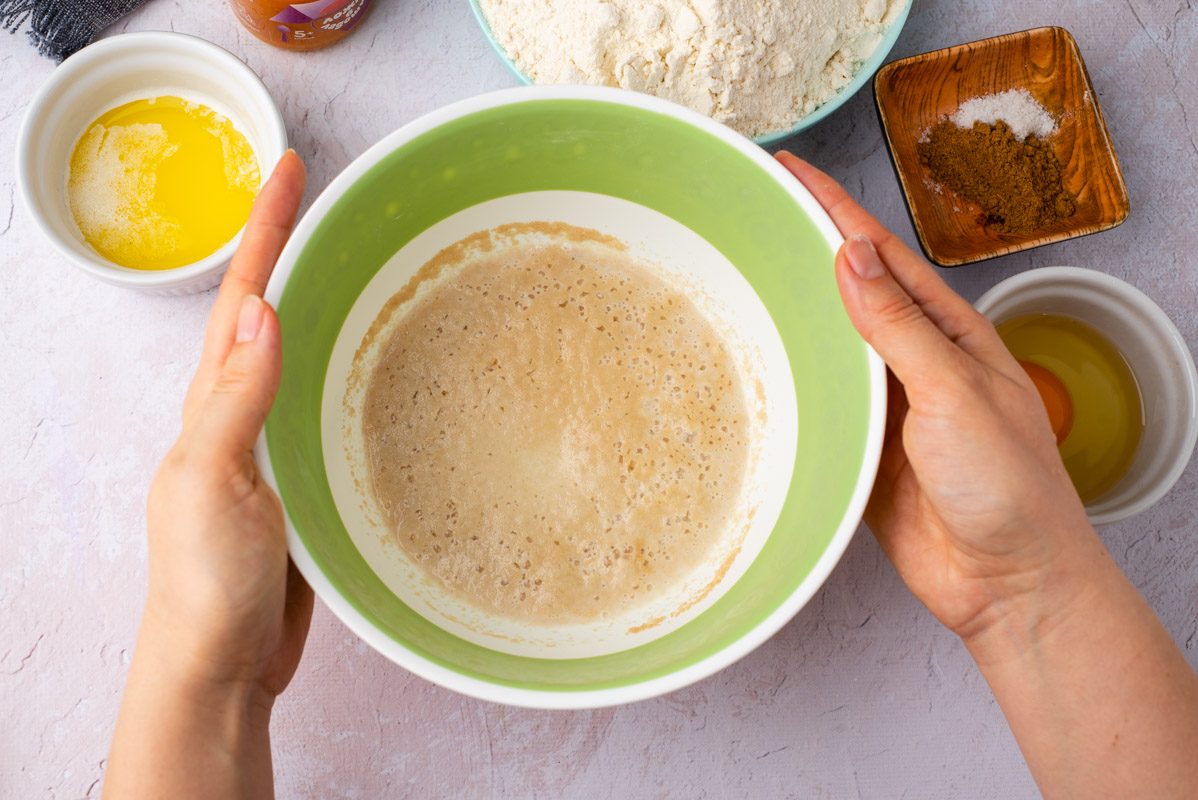 In the bowl of a stand mixer, combine warm milk, sugar, and yeast. Allow to sit for a few minutes, until foamy. 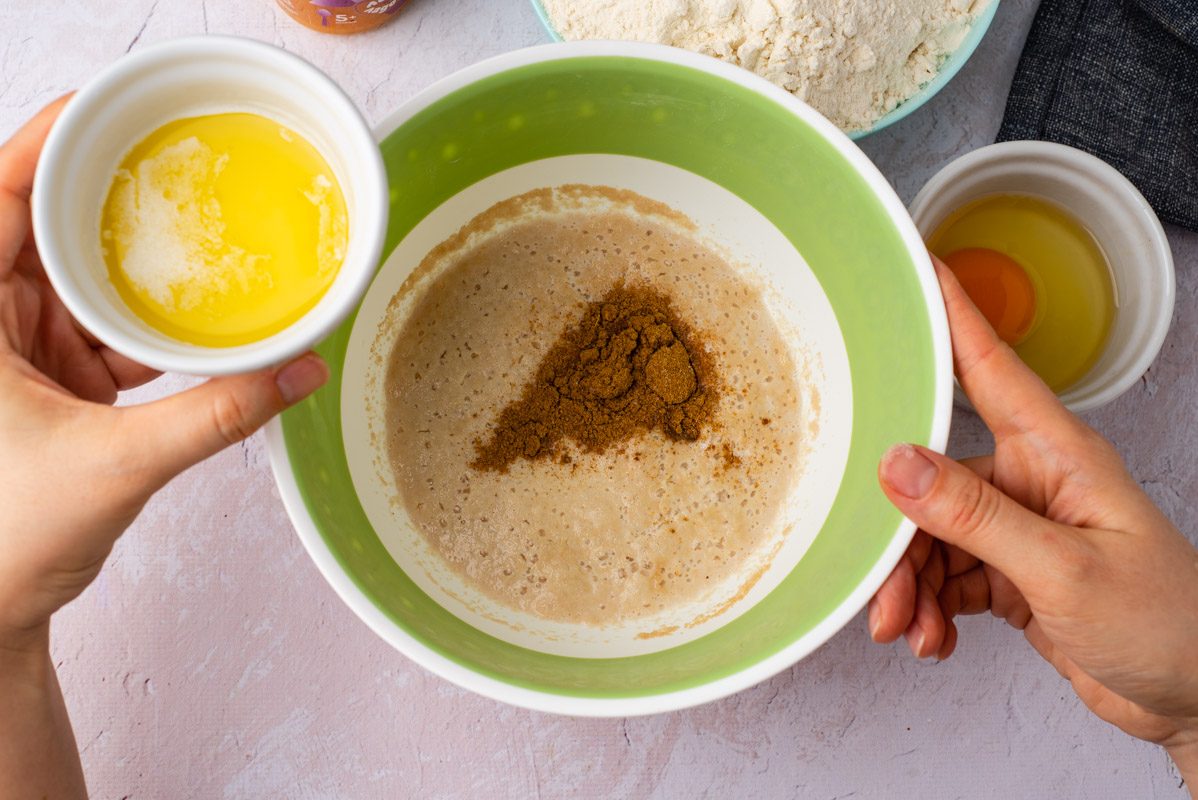 Melt the butter and add it to the mixture. 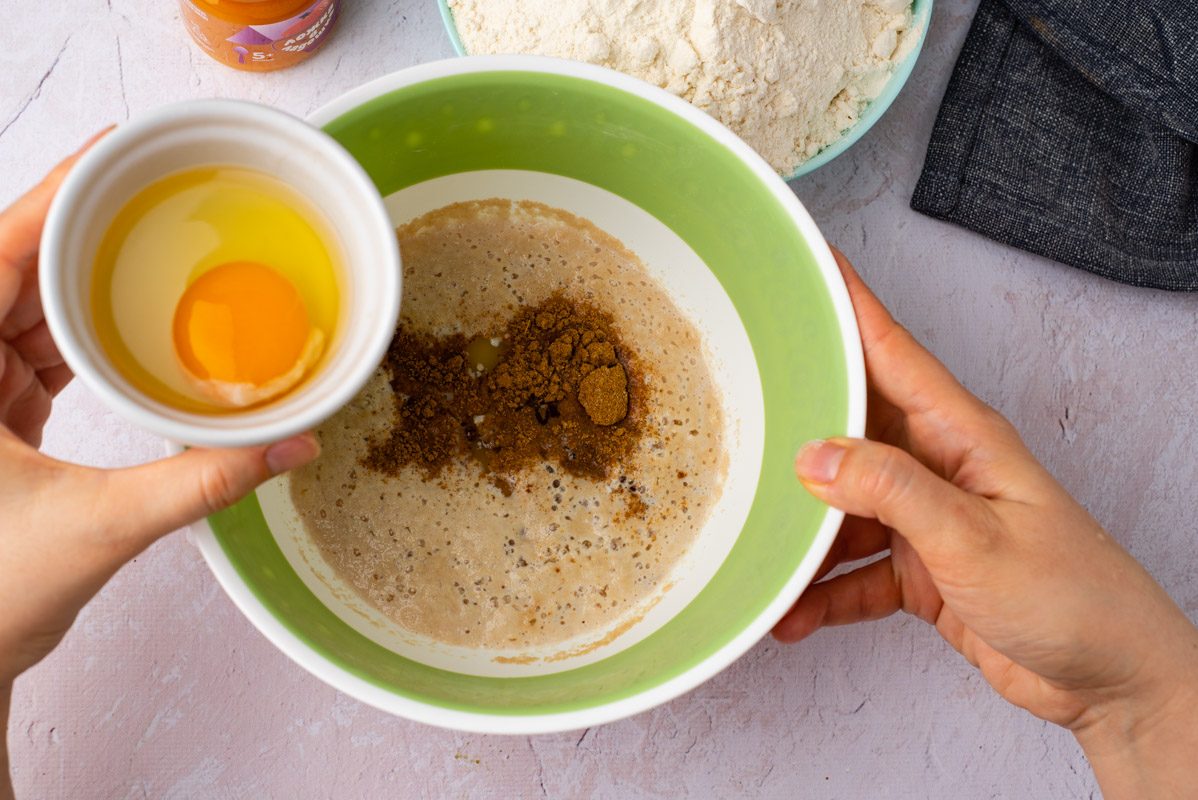 Add the egg and mix well. 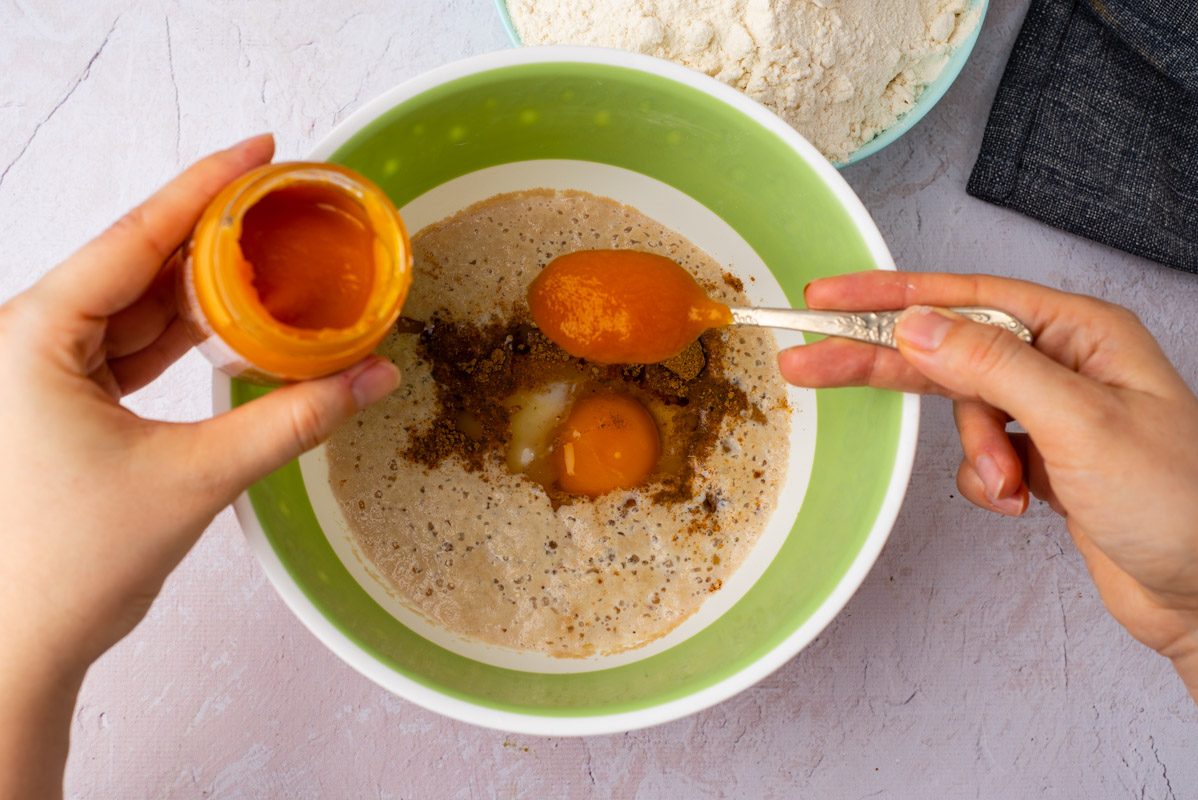 Pour the pumpkin puree into the pot. 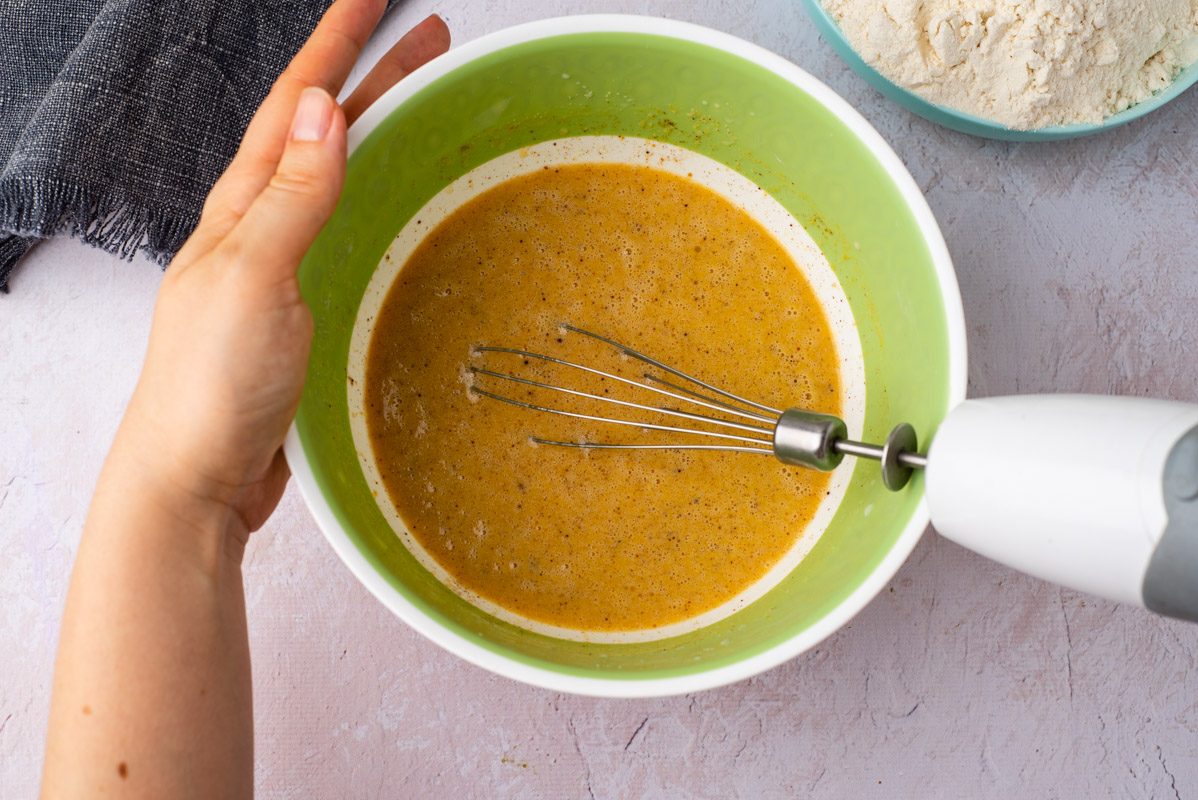 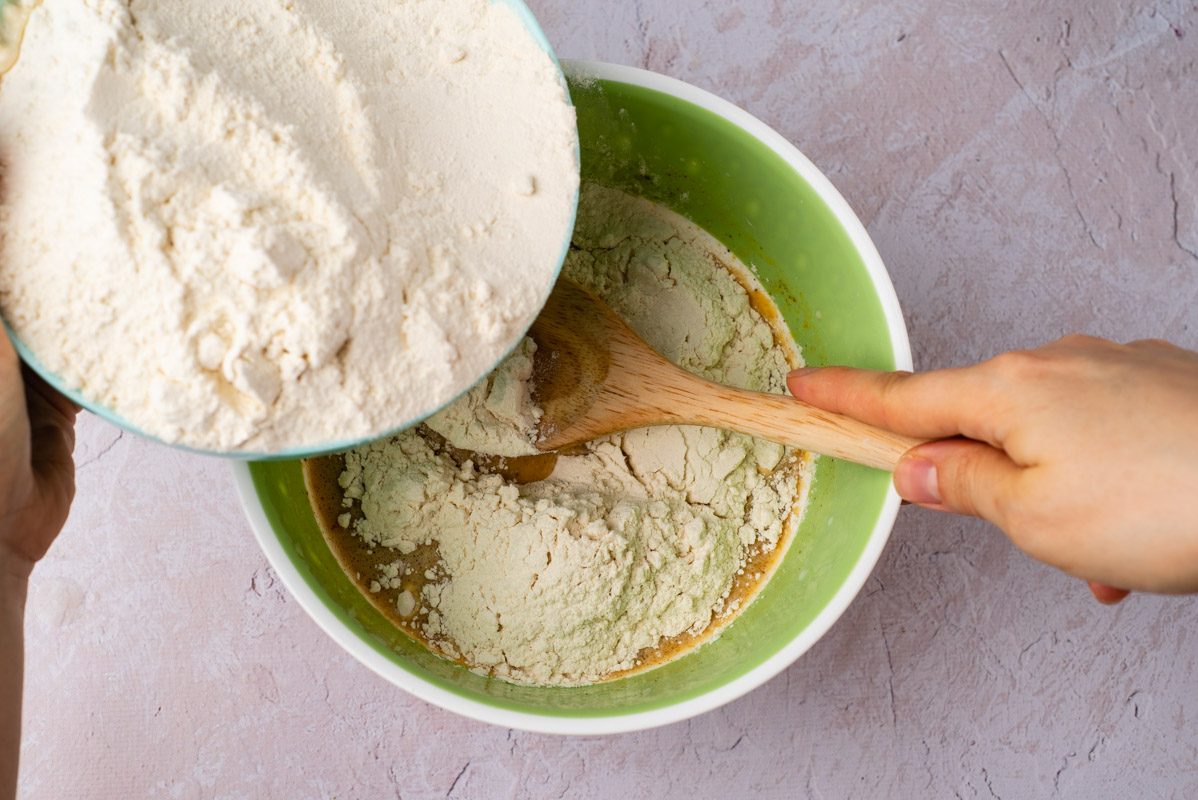 Combine the flour, spices, and salt in a mixing bowl. 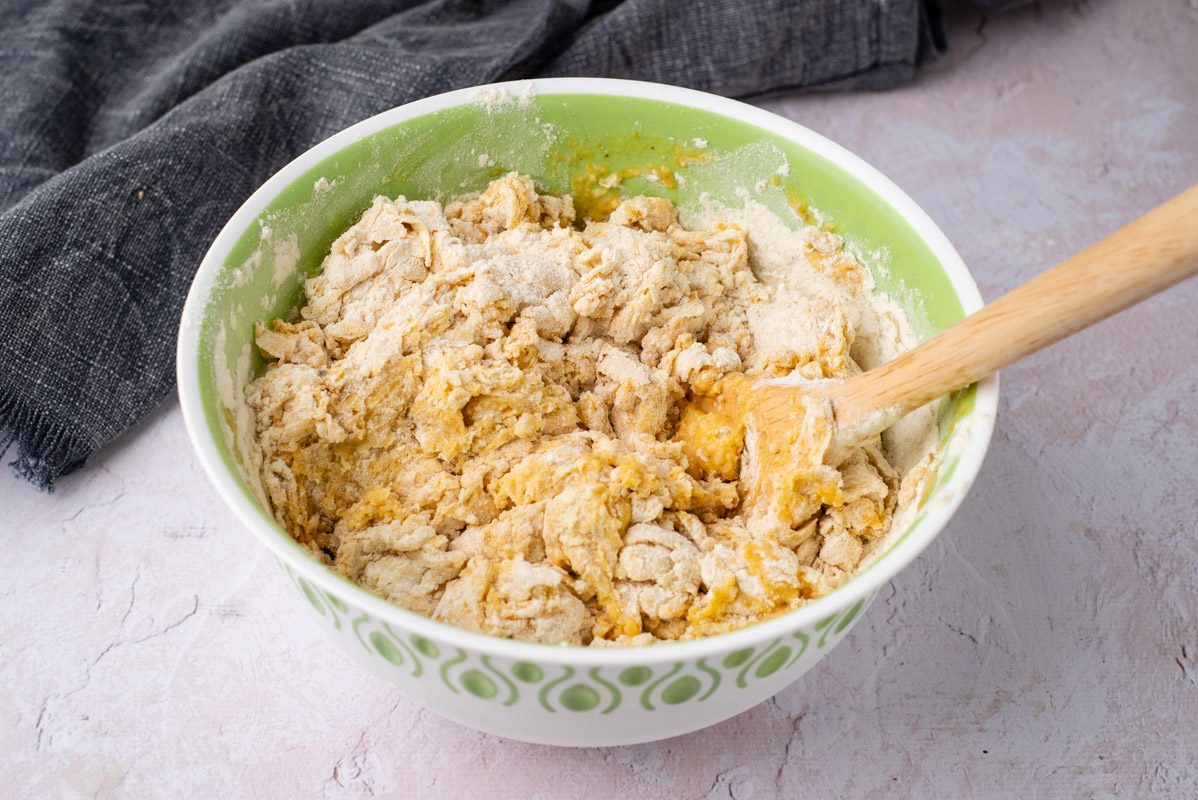 Mix until everything is well blended. 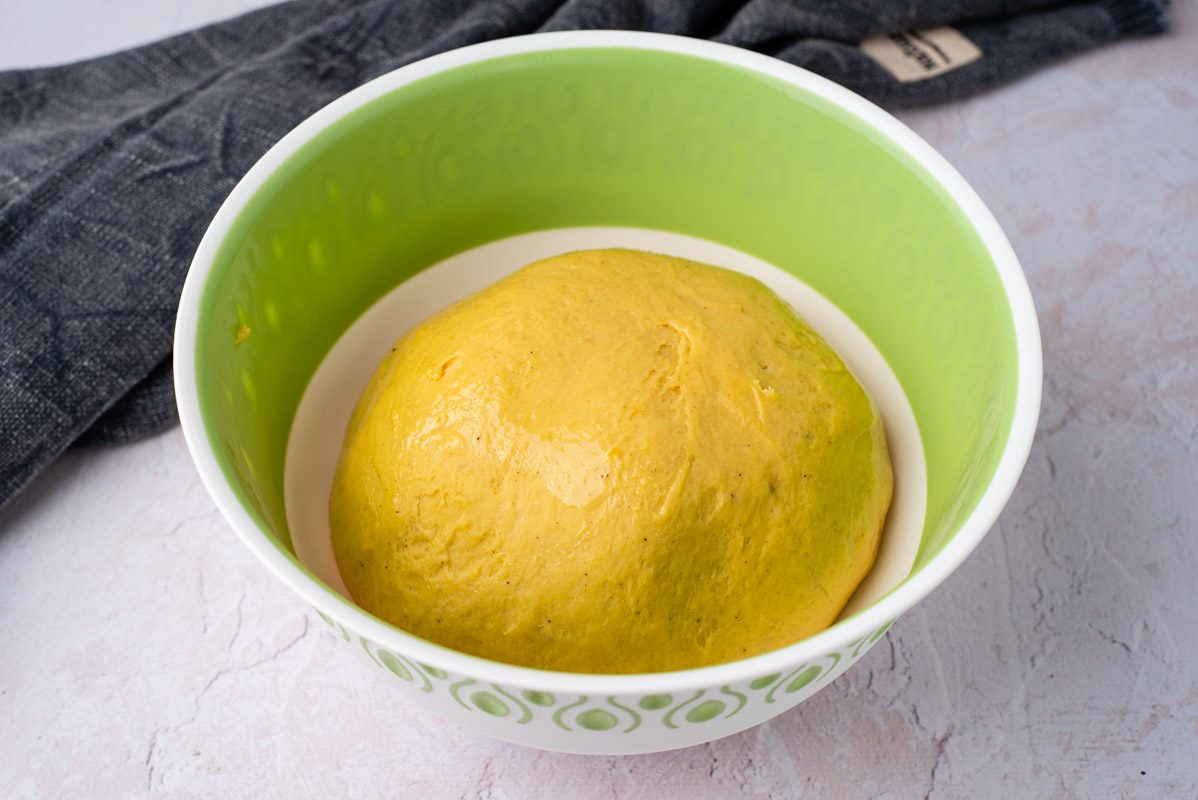 Knead the dough for 8 to 10 minutes on low speed, until it is smooth and somewhat sticky. Cover the dough with a moist paper towel after placing it in an oiled basin. 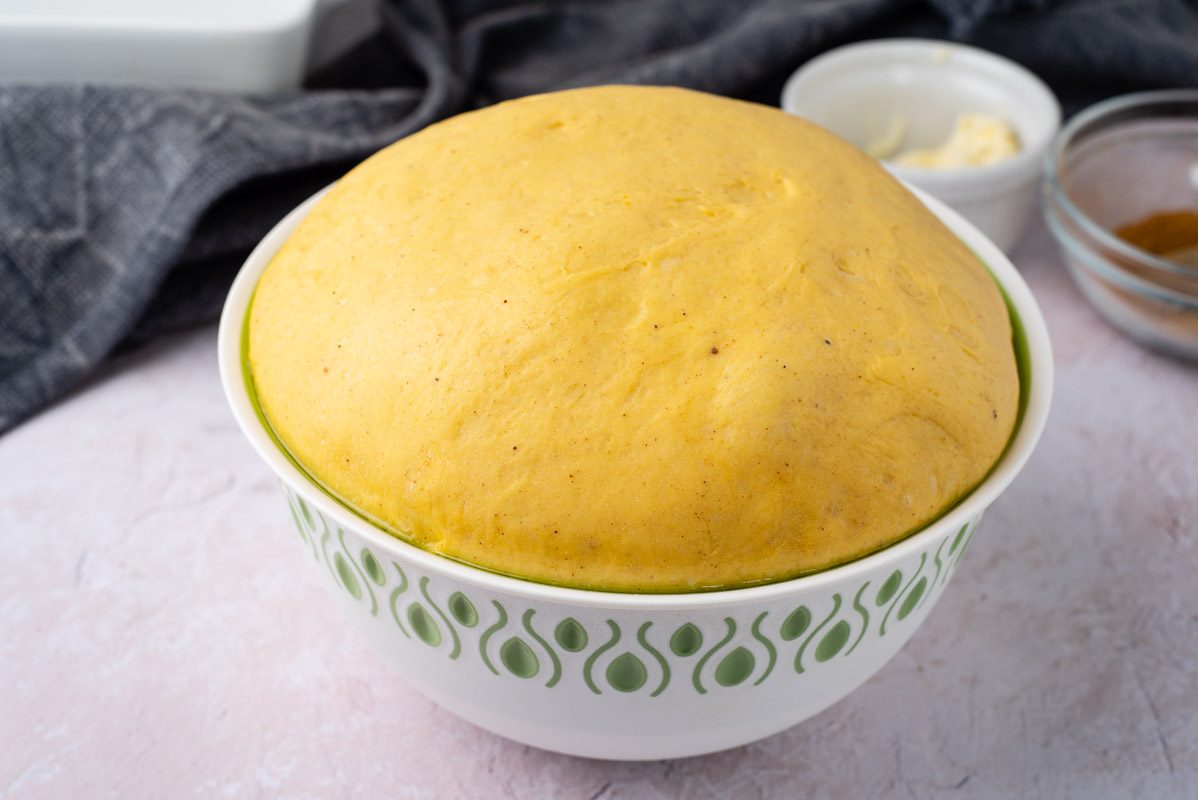 Place the dough in a warm place for at least an hour, or until it has doubled in size. 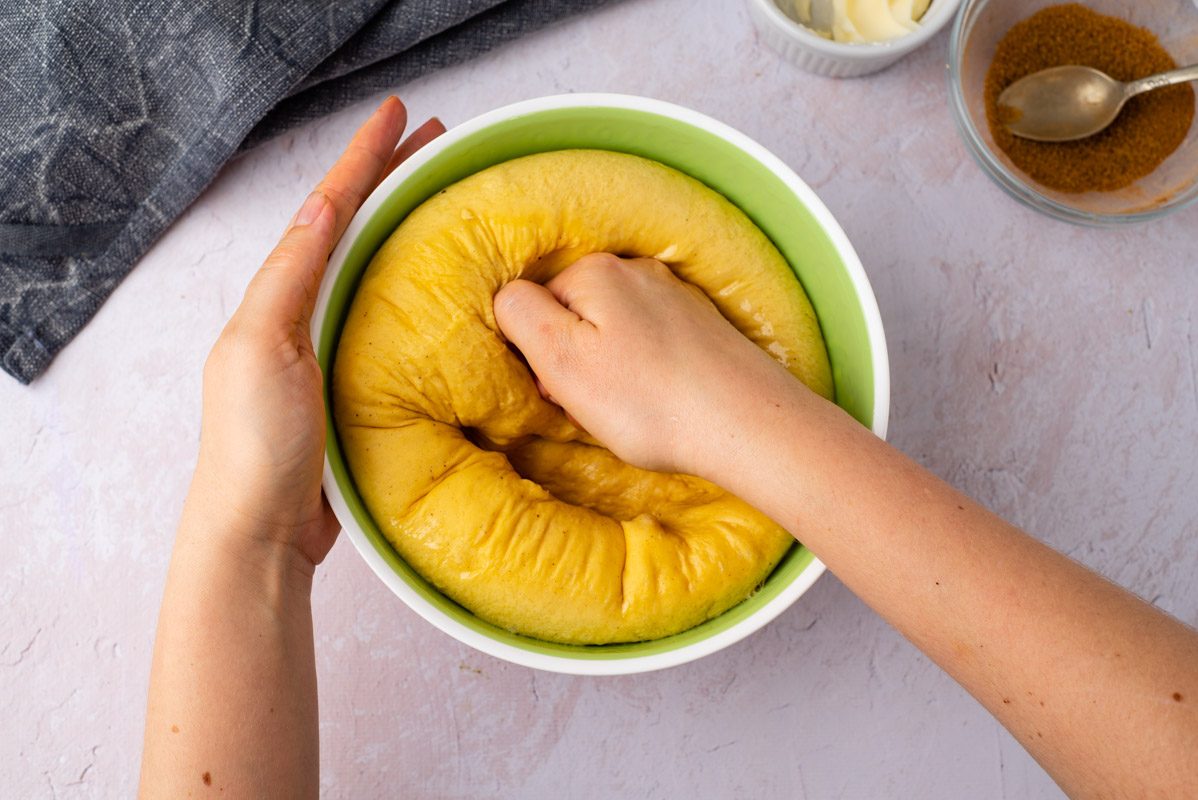 Make sure the dough is sufficiently soft. 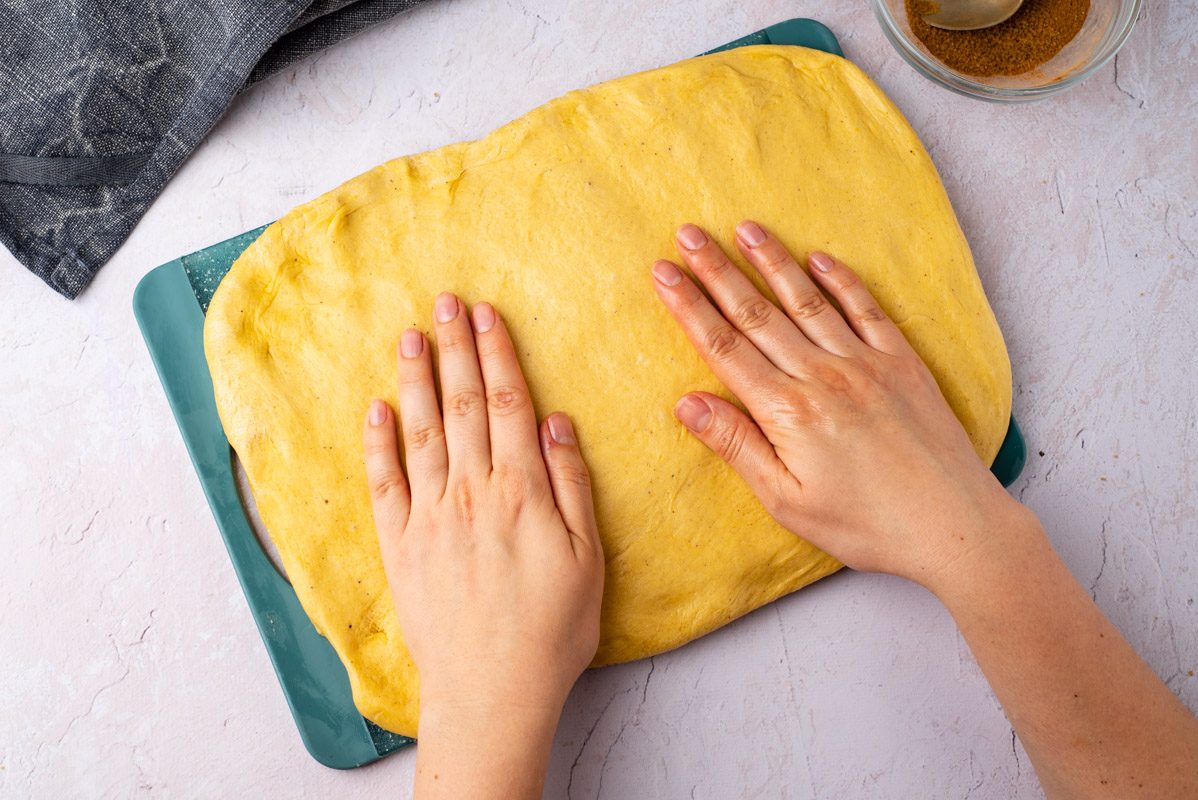 Prepare a work surface by flouring it. Roll out the dough into a 14-by-16-inch rectangle. 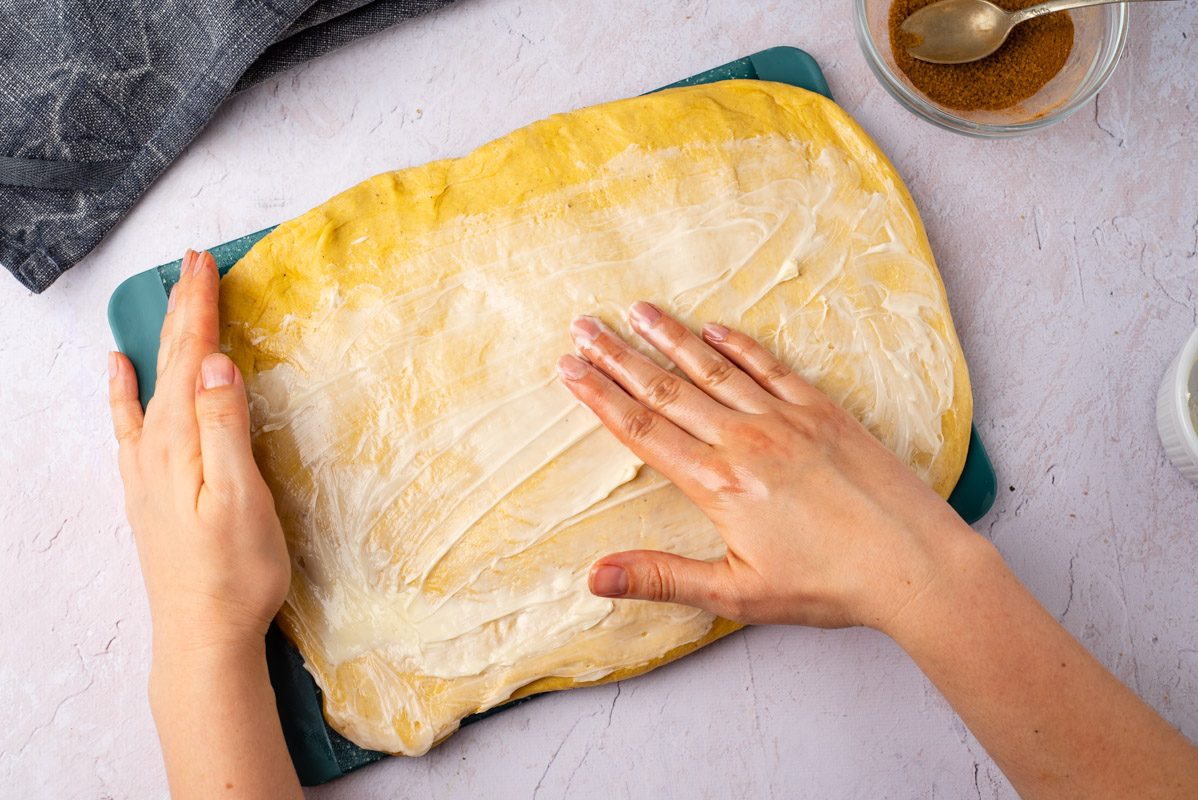 Spread the butter all over the dough, leaving a border. 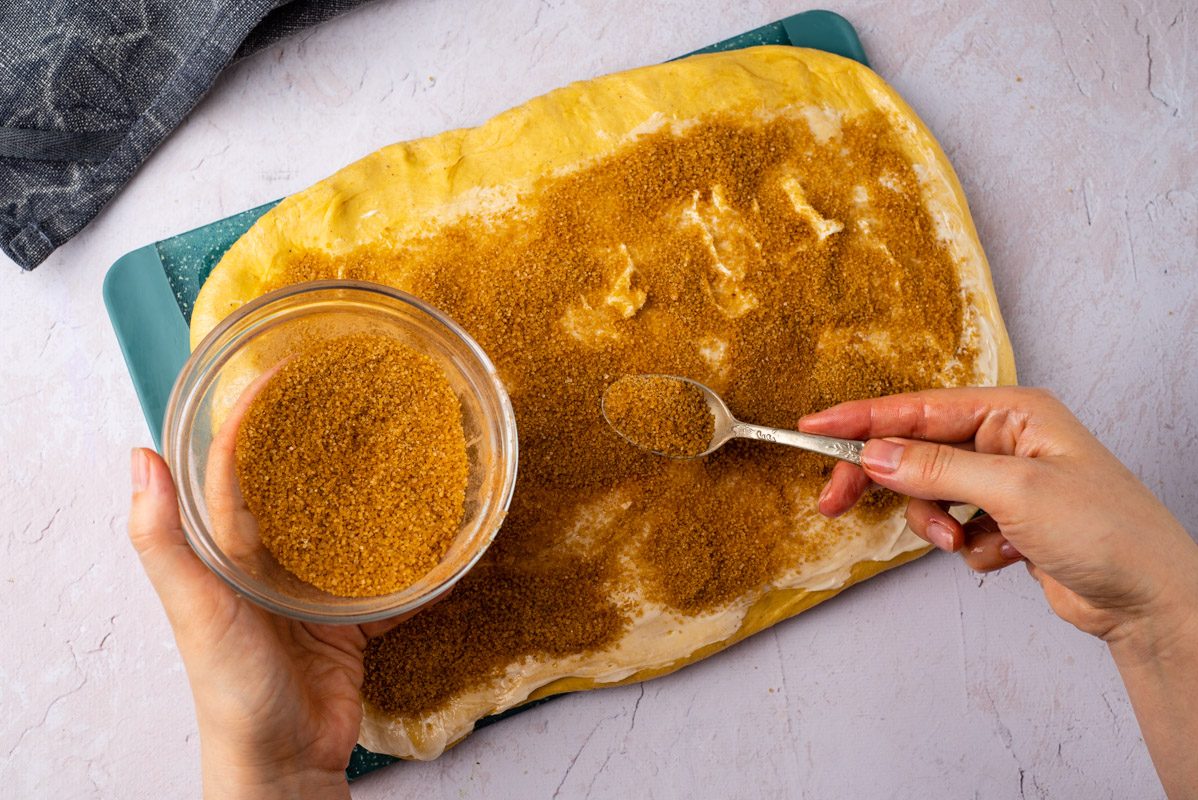 In a small dish, combine brown sugar and cinnamon. Over the butter, sprinkle the mixture. 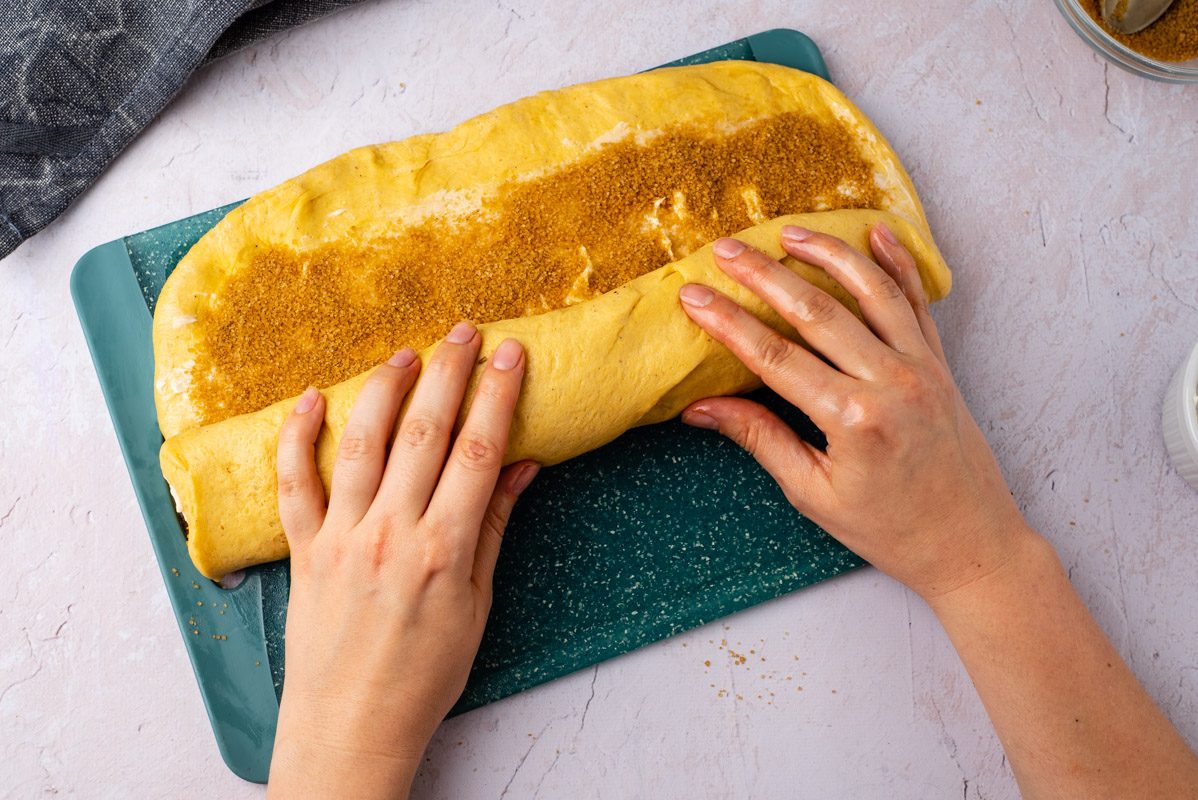 Roll the dough firmly and set it seam-side down on the baking sheet. 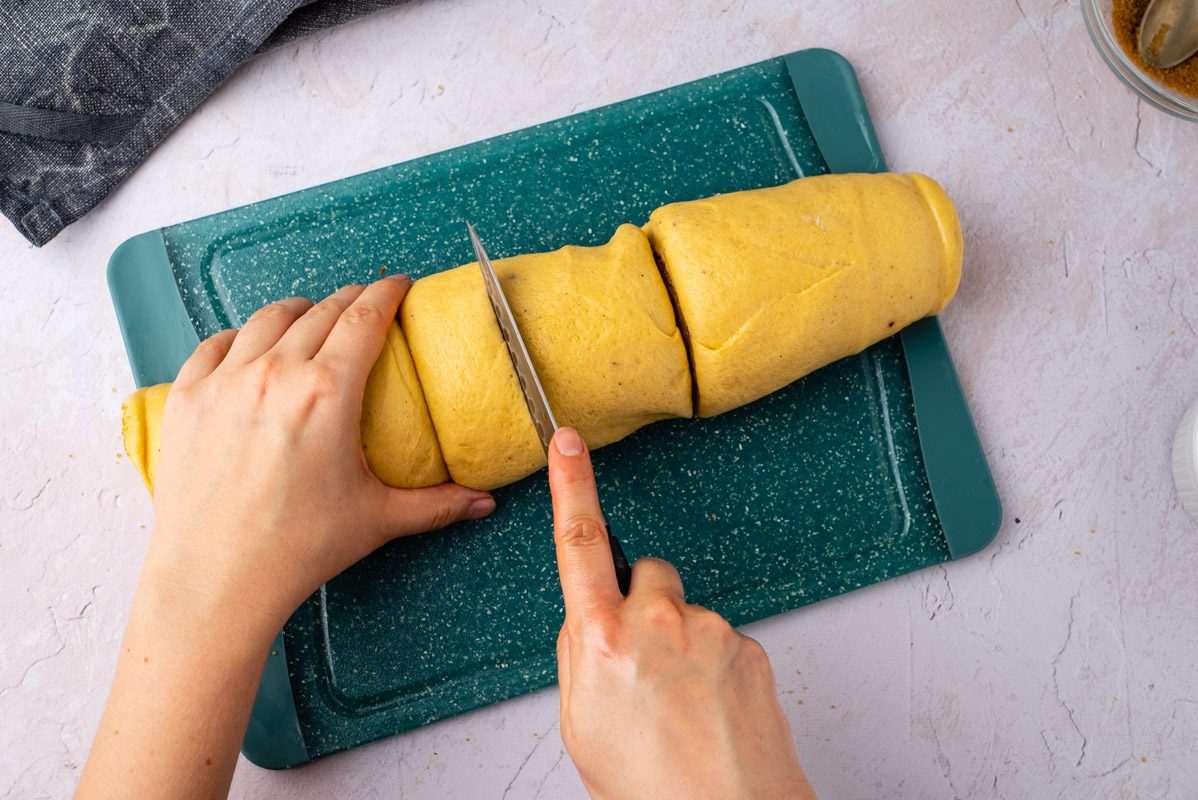 Remove and discard the ends. Using a knife, cut the roll into 1-inch portions. 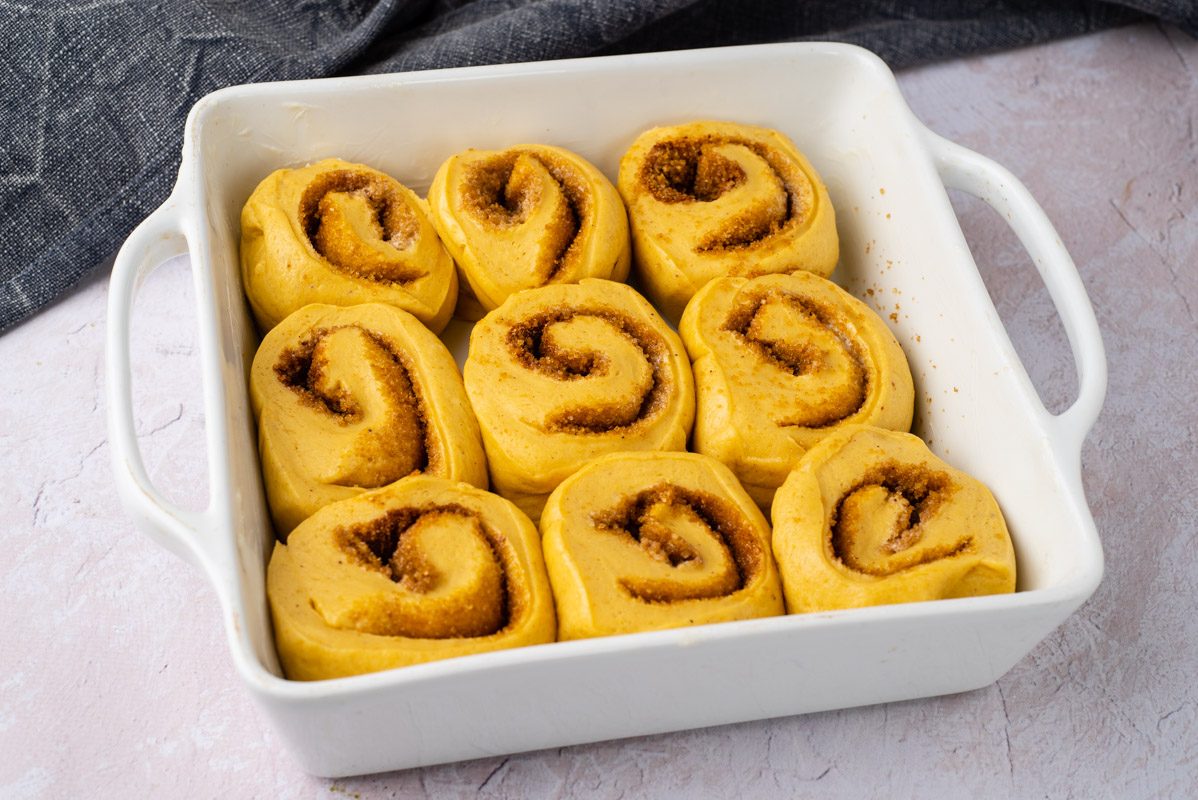 Using cooking spray, lightly oil a baking dish. In a baking dish, place the rolls. Cover the baking dish with a moist cloth and let the rolls rise for 30 minutes. 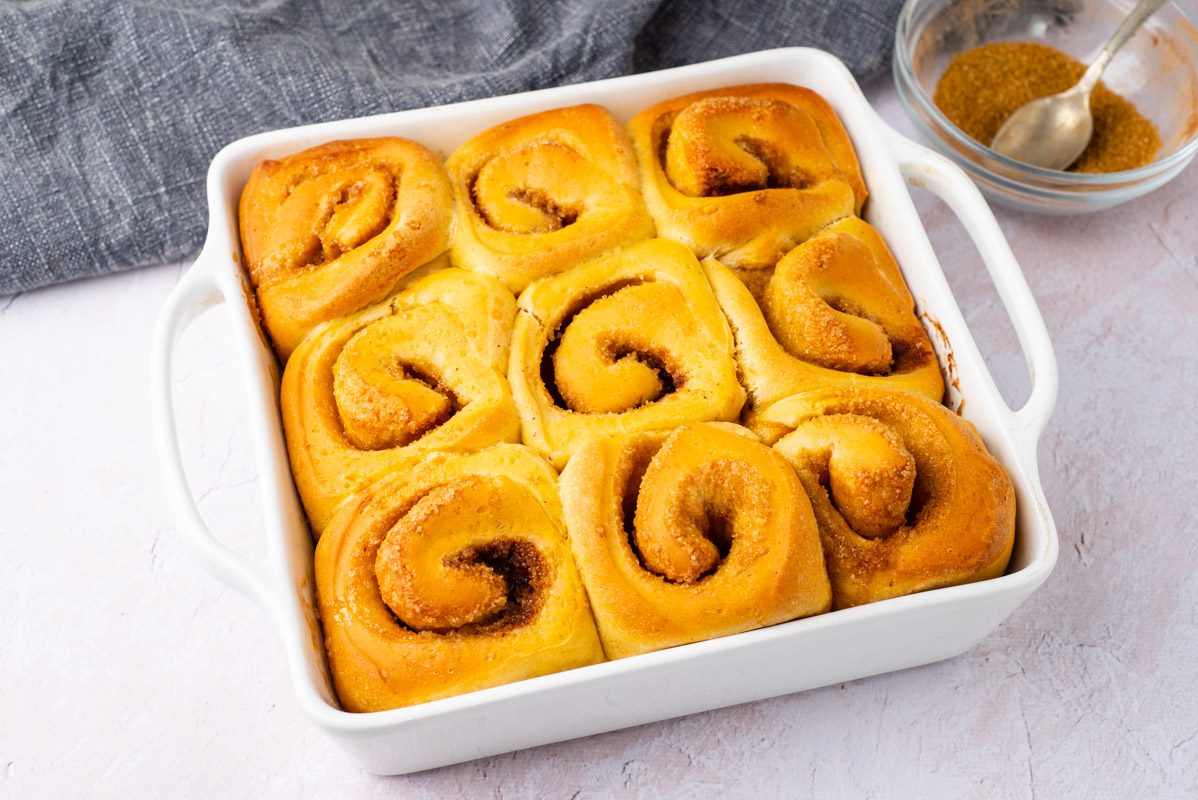 Preheat the oven to 350 degrees Fahrenheit. Bake for 20 to 25 minutes, or until the rolls are softly golden brown. Allow 10 to 15 minutes for the rolls to cool. 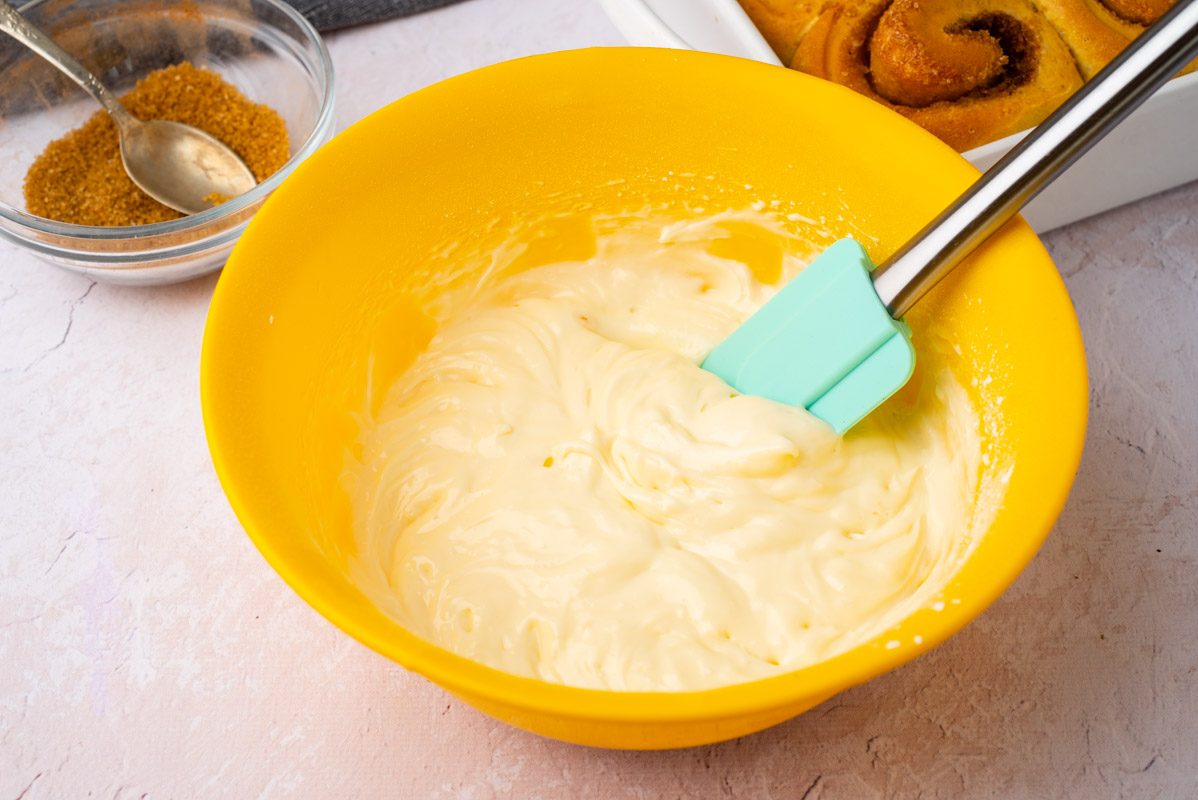 Cream together cream cheese, butter, sugar, maple syrup, and salt while the rolls are cooling. 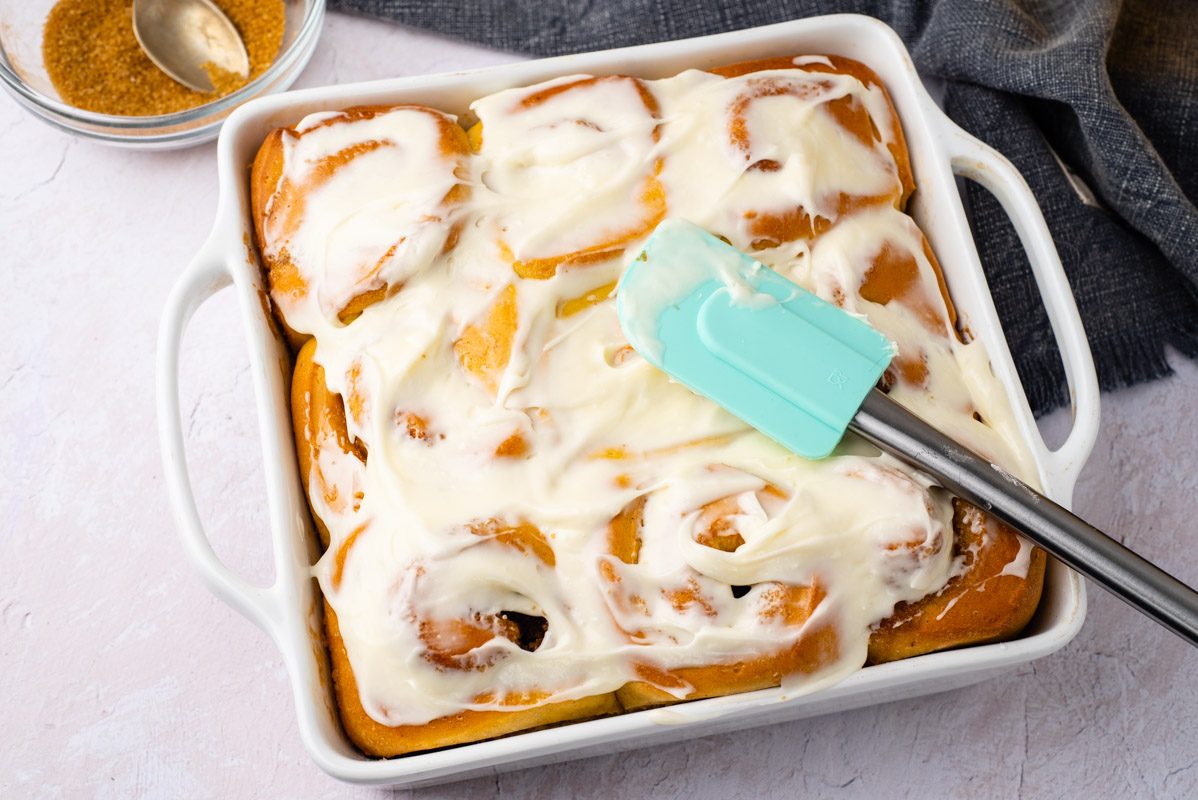 Using a pastry brush, smear the icing all over the rolls. 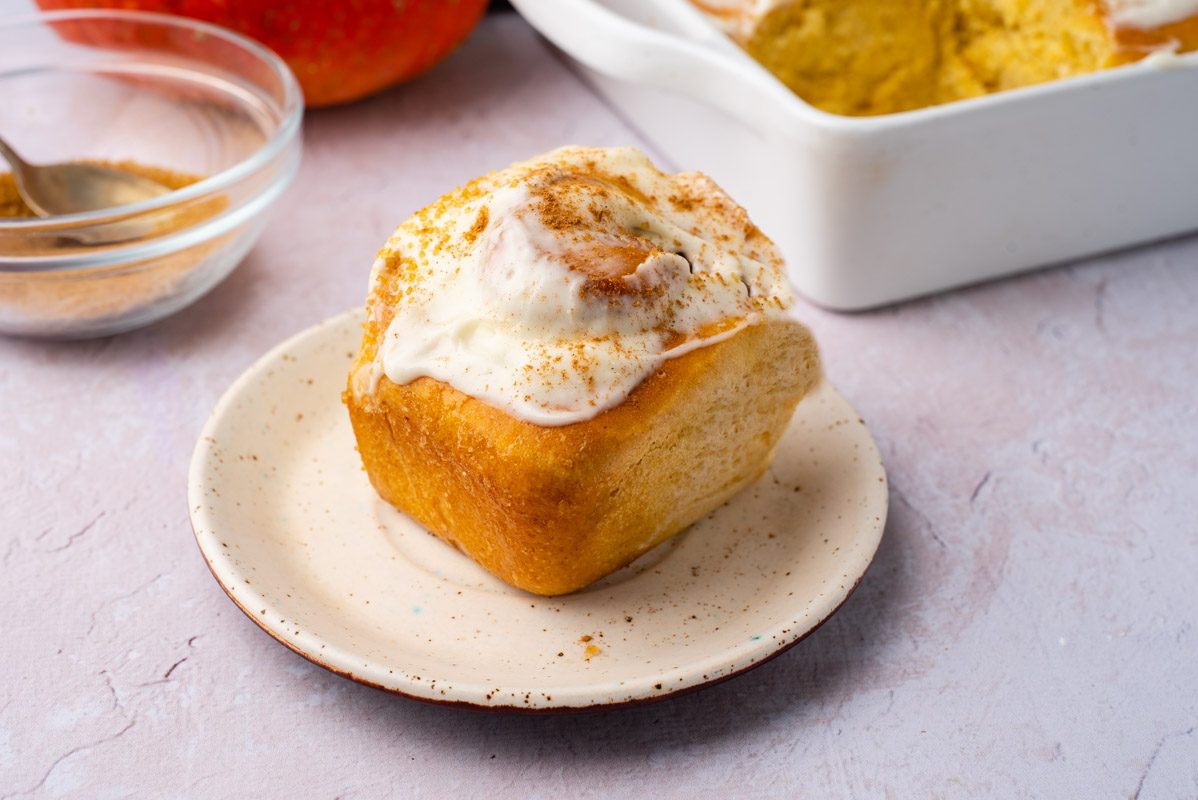 Serve with a sprinkling of cinnamon, if preferred, and warm.